Terminalia Festival of Psychogeography happened "Incognito" on Feb 23 2021. Have a look below to see what occured.

What happened for 2021 Terminalia Festival

Bernardo Bruno created an participatory interactive experience for 2021, focusing on a series of virtual meetings, film screenings and discussions.

The theme EVERYWHERE: BORDERS has a double meaning, symbolic and expressive. A reflection on physical boundaries and "confinement" From this year the Festival is open to all those who want to perform a ritual action inspired by the TERMINALIA, the pagan festival in honor of the God Terminus everywhere. Those who want to simultaneously on February 23 between 15 and 18 will be able to create their own Terminalia. By documenting the action performed with photos or a short video (max 3 minutes), you will be able to share this experience during a final FORUM MEETING which will take place on 27 February from 6to 8 pm. 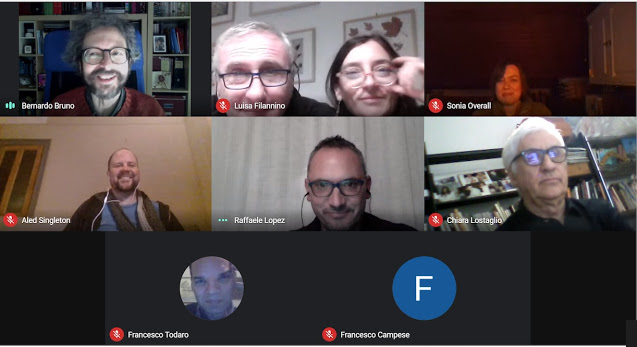 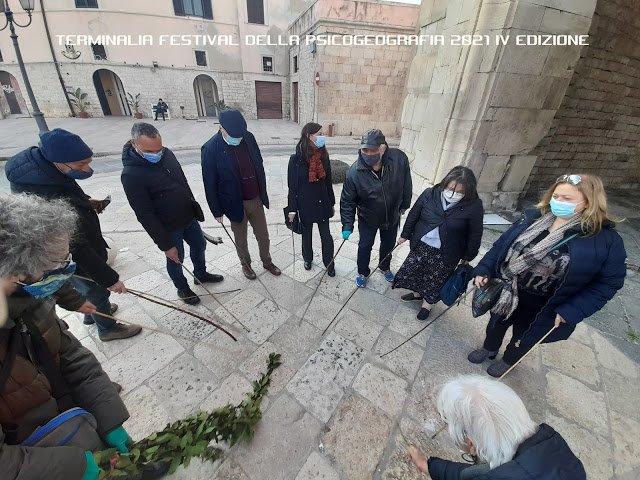 Aled Singleton walked and produced a video:
This Terminalia walk is called "A4072", named after a road that goes north from Newport. Aled and his mother follow the road line from a demolished a cappella into a deceased pub, stopping at places where people have previously been to grab a drink and to find themselves closer to God.


Terminalia from Walking the Land on Vimeo.

Janette writes about the walk: https://www.janettekerr.co.uk/terminalia-feb-2021
Janette and her husband walk the line on an old ordnance survey map to join unmarked stones 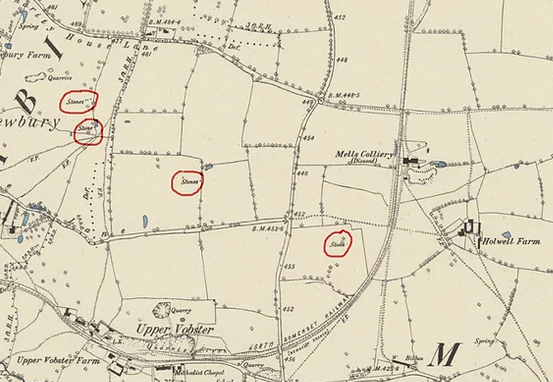 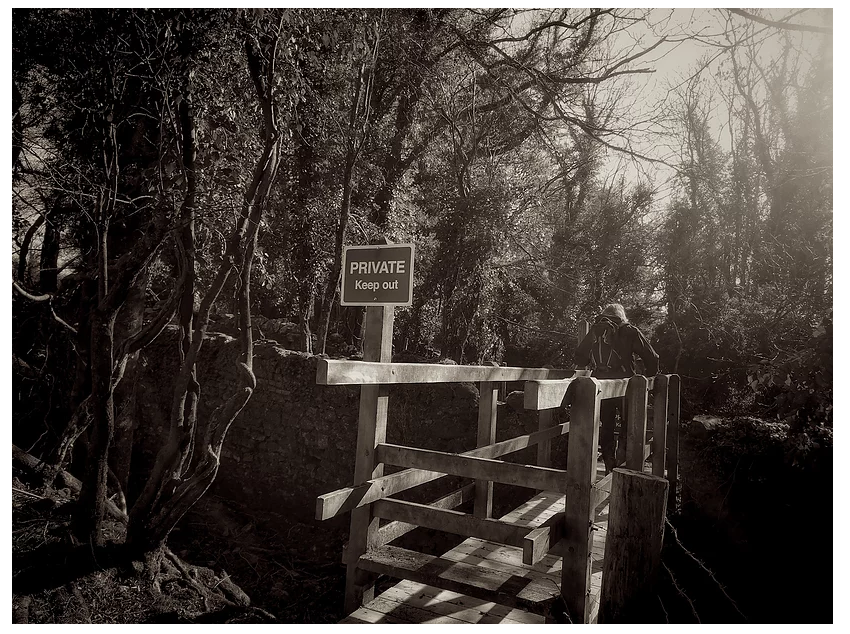 Tamsin Grainger writes about a walk for Terminalia. https://walkingwithoutadonkey.com/2021/02/24/festival-of-terminalia/

"Today I walk an imaginary line around my house. My feet don’t leave indentations to show I have done it, not since the recent snow, and when that melted, the trace was gone. Home and back, I pace and pound my boundary line, a pathway that returns to itself, reconnects, reattaches, brings me back to the garden gate." 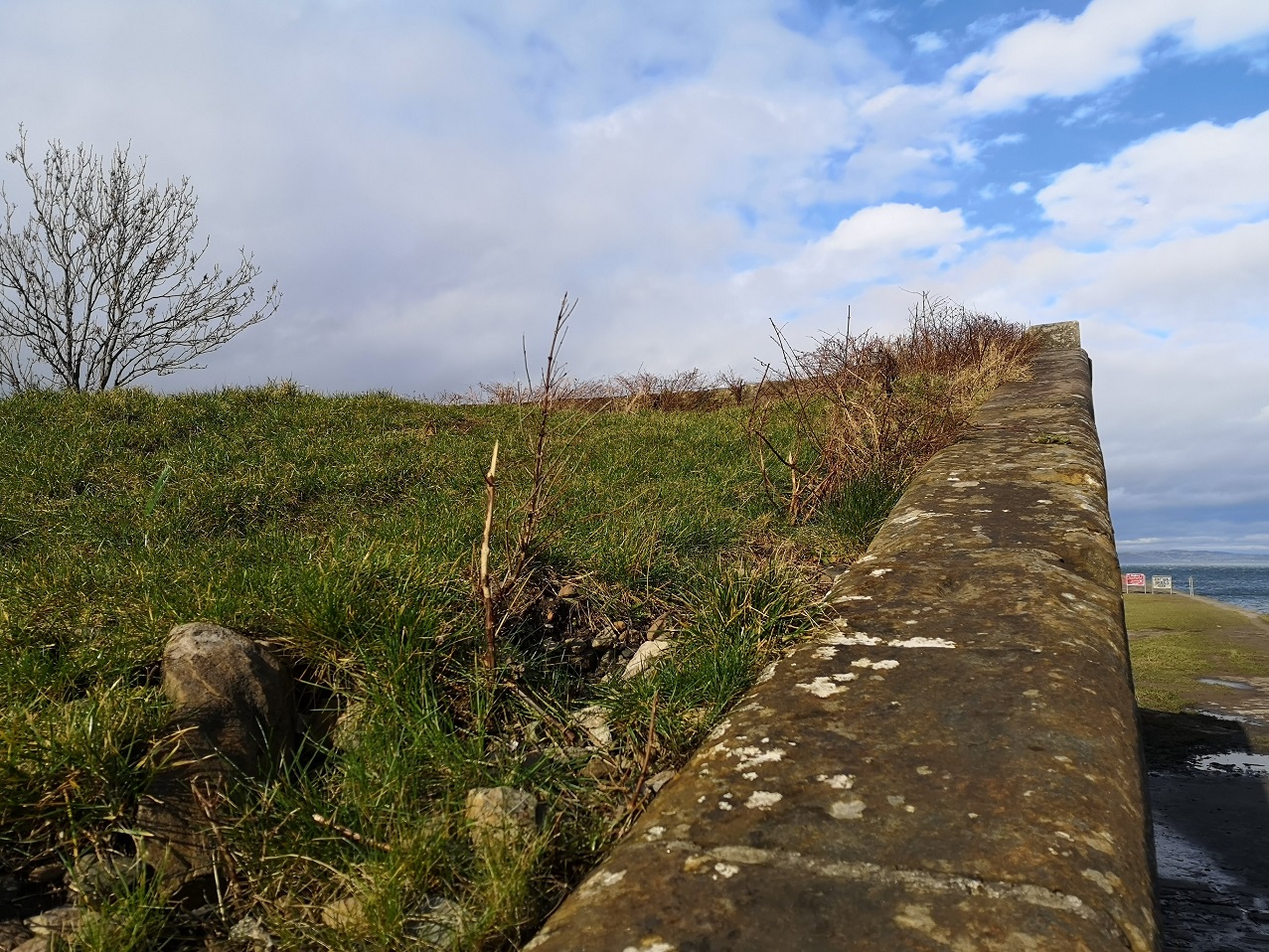 This walk was part of the Audacious Women Festival 2021 and Terminalia Festival. This walk was originally made on foot with a live group in Edinburgh 3pm – sunset (5.30pm). It was an online tour for anyone who was ambulant or not, in Edinburgh or not! We toured part of the Leith boundary, the Rosebank Cemetery, the North Leith Burial Ground, and the streets in between, using a special format with information, photos, video, maps and conversation about the wonderful women associated with Leith’s past and contemporary connections.

The original tour was a circular one of approx. 2.5 hrs, to muse and meditate on boundaries and borders – between one community of people and another, day and night, life and death and on the cusp of the new moon.
We visited the graves of notable women in Rosebank Cemetery, North Leith Burial Ground and South Leith Parish Church. Briefly, at each stopping place, we faced the memorial stones, and learned about their incumbents. 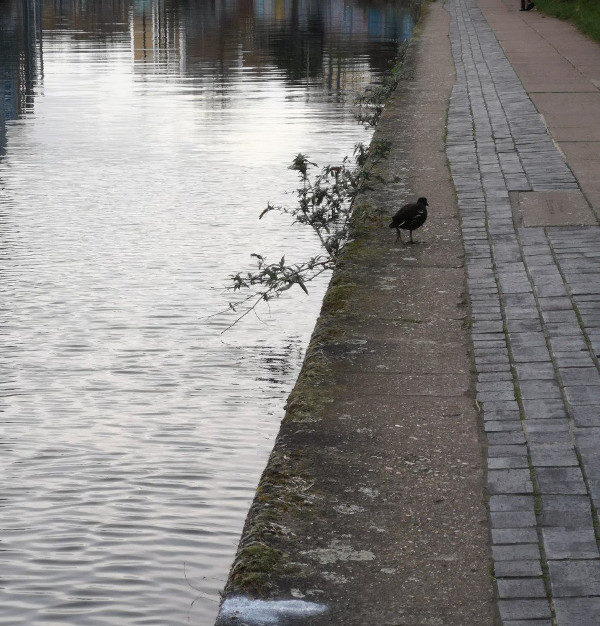 Read more about Walking Between Worlds on Tamsin's website.

Radical Stroud organised a solo walk or in pairs to "...to explore hidden imperial and colonial boundaries in two of the five valleys and along Nelson Street. We shall remember John Thelwall (radical visitor here in the summer of 1798), Colonel Despard (executed February 21st 1803) and Catherine Despard, African-American political activist."

Places to visit and remember: 1. Nailsworth retirement village. 2. Chalford Bottom. 3. Bowbridge. (all by bicycle to remember how John Thelwall challenged boundaries) 4. Nelson Street: (a.) where the future General Wolfe (killed at Quebec 1759) had troops stationed ready against local weavers. (b.) Nelson Street and Trafalgar House – what names tell us and hide – the boundaries of nomenclature and ‘the naming of parts’ - (hidden history: Nelson and Despard; Nelson and the saving of his life by ‘a woman of colour’, Cubah Cornwallis; Nelson and his support for the ‘West India Interest’ and plantocracy); Black Boy Clock; the Duke of York.
Read more details about the walk here: https://sootallures.wixsite.com/topographersarms/post/colonel-despard

Andrew Budd did a solo walk.
"I’m almost out of bounds. I’m standing on the edge. I’m at the lowest point. But I’m feeling good....
I’m on my own today. It’s the pandemic, and I’m only allowed to walk with someone if it’s ‘exercise’. At this waterside I’m nearly half way round a five mile loop that I’d planned, and I’m fighting a blasting from the wind. It’s definitely exercise and not just a leisurely stroll. Today, I’m in a solitary mood, feeling that I need to be alone. I’m reflecting on life at present and wondering when we might get back to ‘normal’, when a group of friends can walk out together, and not have to worry about keeping our distance from each other. A time we can beat the bounds, collectively. Sounds like Terminalia 2022 will be a bigger celebration. But today, I’ve enjoyed the loneliness of the ‘enthusiast’ in a remote spot, in nature, in pursuit of his romantic ideas about history and geography, and his insignificance in the big scheme of everything else...
I have no garland or wine to offer to the God Terminus at this outpost boundary. But I thank him for keeping watch over me, on the brink." 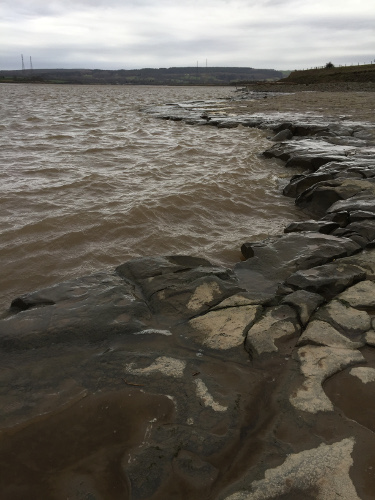 Psychogeography is basically how places make you feel. Places are defined by borders and boundaries, what's there and what isn't. Psychogeography is also about transforming the places where we live. It's about experiencing the urban environment in other ways. It's a reaction against the prescribed, officially allowed uses of places - that of consumption, entertainment, transit, habitation. It seeks towards a transformation of the everyday. It offers a critique of urban planning. It is a form of play. It's the poetry of place. It's the effect of an area on your emotions and thoughts.

By doing psychogeography, by walking across places and spaces in a different way, we may learn three new things: About the places themselves, about ourselves and how we relate to these particular spaces, and about space and place in general with possibly seeing a glimmer of whats really going on there.

If ever there was a god of psychogeography, Terminus would be it, and Terminalia would be our feast day. The Festival of Terminalia has therefore been adopted by us! It is about the boundaries and borders, real, historical, fictional and imagined. Places of beginnings, endings and thresholds.

"Neighbours gather sincerely, and hold a feast, And sing your praises, sacred Terminus: You set bounds to peoples, cities, great kingdoms: Without you every field would be disputed."

Terminus was one of the really old Roman gods - he didn't have a statue, he was a stone marker - and his origin, associated with a physical object, and lack of the usual stories that go with the gods, may have originated from animalistic religions. He had influence over less physical boundaries too, like that between two months, or between two groups of people. Terminalia was celebrated on the 23rd February - which was the last day of the Roman Year, the boundary between two new years.

A squared-off column is dug into the ground, a solid block; on it stands a bust of a man with ringlets, and proclaims he yields to no one. Such is Terminus; this end alone drives our race. The date is unmovable, the time foreordained by fates, and the last days bring a judgment on the first

Traditionally, feasting and sacrifices were performed during Terminalia at boundary markers. In Roman times for the festival the two owners of adjacent property crowned the statue with garlands and raised a rude altar, on which they offered up some corn, honeycombs, and wine, and sacrificed a lamb or a sucking pig. They concluded with singing the praises of the god.

Terminalia has been running since 2011 always on 23 Feb. Click the link below to read up on previous years events and see a bunch of photos from previous years.

Let's Get In Touch!